If you’ve read more of Edgar Allan Poe, then you’ll not be surprised by the horror that is the short story “The Cask of Amontillado.” Other short stories that he had published earlier, such as “The Fall of the House of Usher” and “The Tell-Tale Heart,” set a precedent to this Gothic style of writing.

Poe is one of the greatest gothic writers. His macabre works are characterized by an eerie atmosphere, mystery, dark psychology, terror, haunted spaces, and so on, all meant to evoke fear. The stories are comparatively short, full of suspense, and with characters often driven by malady, emotional crises, and other chilling motives.

The story is narrated in the first person by the main character, Montressor. He begins by mentioning that another character, Fortunato, has hurt him repeatedly, but he cannot take it anymore. So he has vowed revenge. However, for perfect revenge, Montressor knows that he must not be caught, and most importantly, Fortunato must know it was he (Montressor). He continues to interact and smile with Fortunato as though everything is all right.

On one Merry night during a carnival, Montressor approaches a drunk Fortunato with claims that he has found a pipe of Amontillado and would use his wine knowledge to put his doubts to bed. Fortunato is quick to jump to this request, especially at the mention of Luchressi, another Italian wine connoisseur. Montressor leads Fortunato to his deserted palazzo and down the basement where the Montressor family is buried. He implores his drunk friend several times to abandon the task altogether because the air is getting damp, but Fortunato is adamant. Montressor ushers Fortunato to a small recess at the end of the vault and almost immediately chains him, leaving him helpless. Montressor then begins to cover the space with bricks, layer by layer, until the last stone. For fifty years, he says, nobody has disturbed the peace of that place.

Analysis: Montressor as a Keen Observer of Human Behavior and Psychology

The horror that comes with reading “The Cask of Amontillado” is first, how carefully Montressor plans and executes the murder, and without any slightest show of remorse all the while. The other horror is that the narrator doesn’t give any evidence of the “thousand injuries” that Fortunato has borne him, as mentioned at the beginning. The only evidence we can deduce of Fortunato’s insults is when he sneers at the possibility of Montresor being a member of the masonry brotherhood. Or when Fortunato says that he forgets the arms and motto of a family as great as the Montressors. But are these enough reasons to commit such a grotesque death? This might make Montressor an unreliable narrator but what we cannot mistake about him is that he is clever, a careful planner, keen observer, and a master of human psychology and behavior.

Firstly, we learn that Montressor has planned revenge for a while now. However, he knows that Fortunato must not catch a hint that there’s a problem for his plan to go accordingly. Montressor narrates, “It must be understood that neither by word nor deed had I given Fortunato cause to doubt my good will. I continued, as was my in to smile in his face.” By staying in his good books, Montressor knows that Fortunato would have no reason to doubt an offer of Amontillado.

Montressor chooses to execute his revenge during the evening of a carnival season because he knows that there’s less order, and that way, he’s likely to go unnoticed. He describes the time, “It was about dusk, one evening during the supreme madness of the carnival season.” Similarly, he knows that Fortunato will be drunk during such a time, and thus, harder for him to catch on the trick or overpower him if he resisted being chained in the vault.

To encourage his decision to follow him to the vaults, Montressor does not ask Fortunato directly. Instead, he builds the interest word by word. First, he mentions a pipe of Amontillado, which is bound to rouse interest, and continues to say how he should have consulted Fortunato before buying. He says, “‘and I was silly enough to pay the full Amontillado price without consulting you in the matter.’” This strokes the latter’s ego in a way that’s likely to make him want to confirm his vast knowledge of wine. Next, he works up Fortunato’s pride by mentioning Luchressi, who is another master in wines. “‘As you are engaged, I am on my way to Luchresi. If any one has a critical turn it is he. He will tell me –’” With this, Montressor knows that Fortunato would not pass a chance to taste Amontillado to his, seemingly, adversary.

In the vaults, Montressor uses reverse psychology to ensure that Fortunato does not consider turning back. Reverse psychology is when someone tries to convince another to take a particular action by encouraging its opposite. Montressor suggests to Fortunato that they turn back, mentioning his cough and Luchressi, knowing very well that this would increase his companion’s determination.

“Come,” I said, with decision, “we will go back; your health is precious. You are rich, respected, admired, beloved; you are happy, as once I was. You are a man to be missed. For me it is no matter. We will go back; you will be ill, and I cannot be responsible. Besides, there is Luchresi –“

“Enough,” he said; “the cough’s a mere nothing; it will not kill me. I shall not die of a cough.”

This happens several times; each met with the same desired stubbornness by Fortunato to reach the Amontillado. Montressor could also observe other minor behaviors, such as how Fortunato’s eyes flash with fierce determination or how he finds trouble with his balance as he drinks more wine on their journey. All these are not mere observations that Poe included. They are an indication to Montressor that his plan is working.

I am also going to stretch it and say that at the beginning, Montressor manages to convince readers that Fortunato deserves what’s coming. The mention of a thousand injuries that he has tolerated until he cannot anymore is human nature that almost everyone can relate to. It’s only at the end when you’ve recovered from the shock of the murder that Montressor’s actions become repulsive and he ceases being a victim.

Photo by Nicolas Peršolja on Unsplash

Do you have any AP English Literature questions on “The Cask of Amontillado” by Edgar Allan Poe? Ask away in the comments! 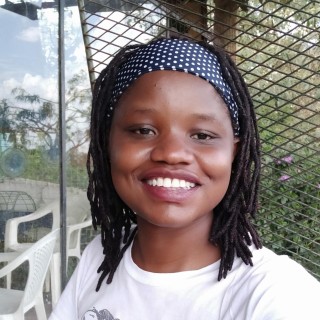